Acceptable registrations in the queue through January 16, 2022 at 9:00a ET have now been activated. Enjoy! -M.W.

The technical side of broadcasting. Think IBOC is a sham? Talk about it here! How about HDTV? Post DX reports here as well.
Post Reply Previous topicNext topic
7 posts • Page 1 of 1

I said on this board just a couple of weeks ago that I have so many radios already. there is no way I can justify or rationalize getting even one more.

Well, once again, I have succumbed to my weakness. Spotted a skid full of these in Home Depot for $39.95 each. It's an Eton AM, FM, Weather Radio. It's powered by a 2600 mAh lithium battery. The battery can be recharged with a USB charger. In an emergency, when there is no power, it can be charged using the hand cranked dynamo or the built in solar panel.

The biggest surprise was the performance of the radio. It punches far above its weight for a forty dollar radio. Good sensitivity and selectivity. Decent audio, for such a tiny speaker. It doesn't sound cheap and scratchy.

At night, I can get the big AM signals from up north. Atlanta, Nashville, Cincinnati, Chicago and New York

The dynamo can also be used to charge a cell phone. 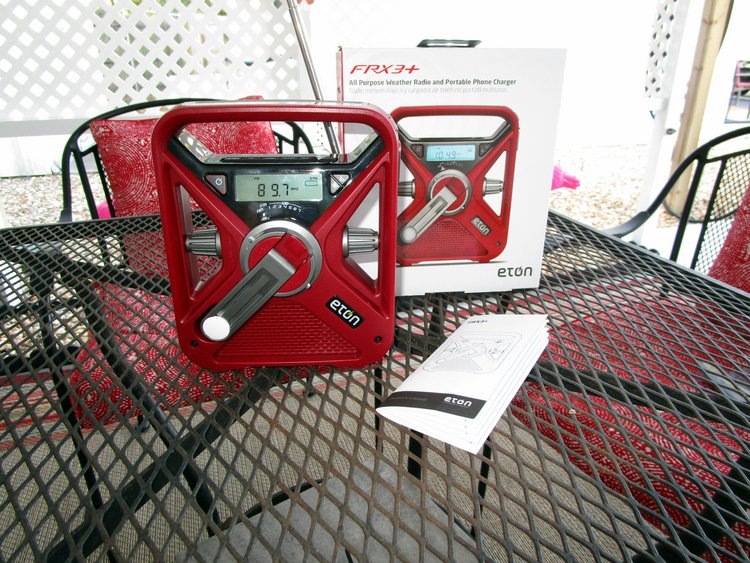 Interesting unit, TT. Thank you for posting a review. TBH, looking at the radio's hand crank, I expected the story to end with, "I took it back".

Glad you found something new to keep that radio habit alive.

"The problem with communication is the illusion that it has occurred."

I really want to get one of these instead';


Looks like a good radio. Companies like Crane and Eton take pride in their products and wouldn't let their brand on a piece of junk.

TT, I believe you have a collection. What’s your favorite radio and why?

My best radio is my desktop radio at home, Palstar R30 A. I bought it over ten years ago as a retirement gift for myself. I said at the time it would be the last radio I would ever buy. Of course, it wasn't.

My best radio here in Florida is my Grundig Satellit 750. It satys here all the time. Last year, when we couldn't come to Florida, I was wishing I had it. 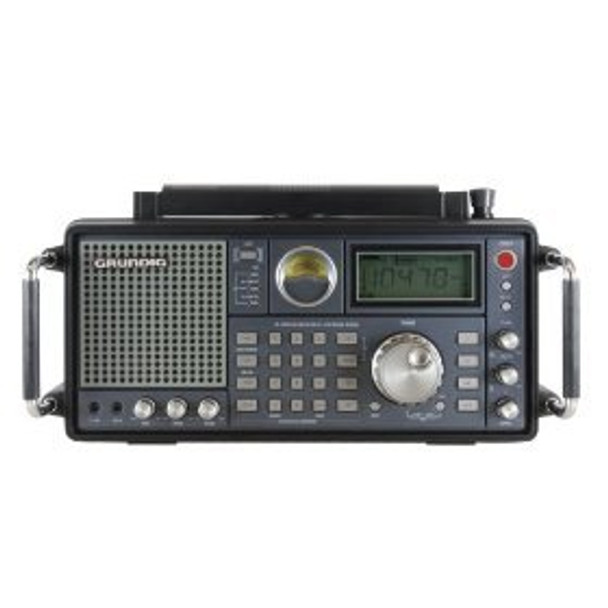 But in Florida, much of my listening is out on the patio. My outdoor radio is a Sangean ATS 909. It's a super radio and it too stays in Florida.

But my sentimental favourite, although I rarely use it, is my Grundig FR 200, wind up radio. I like it for its simplicity. I love low tech. And it's a fine radio. 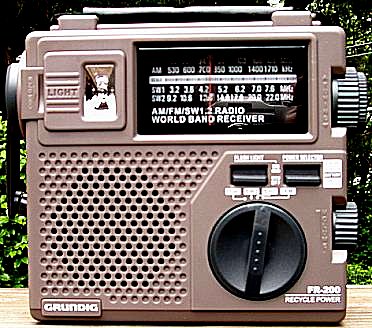 Looks like a good collection. I've frequently told myself "no more radios" but I never keep that promise to myself. I remember being a teenager, before online shopping, and finding your Grundig Satellit for sale at Brookstone. Being that it was Brookstone, it was way too expensive for a teenager to afford. Now I am 37, but I much prefer the low tech with radio too. Almost all of the radios I use for scanning the bands and DXing are vintage portables, although I do have some old "boat anchor" radios from the 50's I could use.

I use a wide variety of radios depending on my mood, the band, selectivity and sensitivity, and where I am (either at home, up north at the cottage, or camping). Here are my most used radios:

This Aircastle 162F51H from 1969 looks like a cheesy multiband portable with its plastic and fake leather sides, but its tuning is very selective. It has an external antenna input that really makes signal strength jump even more than its already great reception. I wish the tuning knob was bigger. I think this was sold by Radio Shack, as there is an identical Allied brand version.

I also have the Zenith Royal 1000 Transoceanic, and its AM/FM sister, the Royal 2000. My Royal 1000 Transoceanic is one of the early Royal models without FM. It has an antenna in the fold out handle that is long enough to scratch the ceiling. The Royal 2000 is both selective and sensitive. I had to restring the dial cord, and I'm not a master at that, so it still sometimes slips. The batteries in these things last forever. I also use the 2000 for simple AM/FM listening for the sake of listening to music because of its great sound quality. I've also taken it to the drive-in movie theater early in the pandemic. We'd watch the movie in the back of my truck with this radio for our sound. 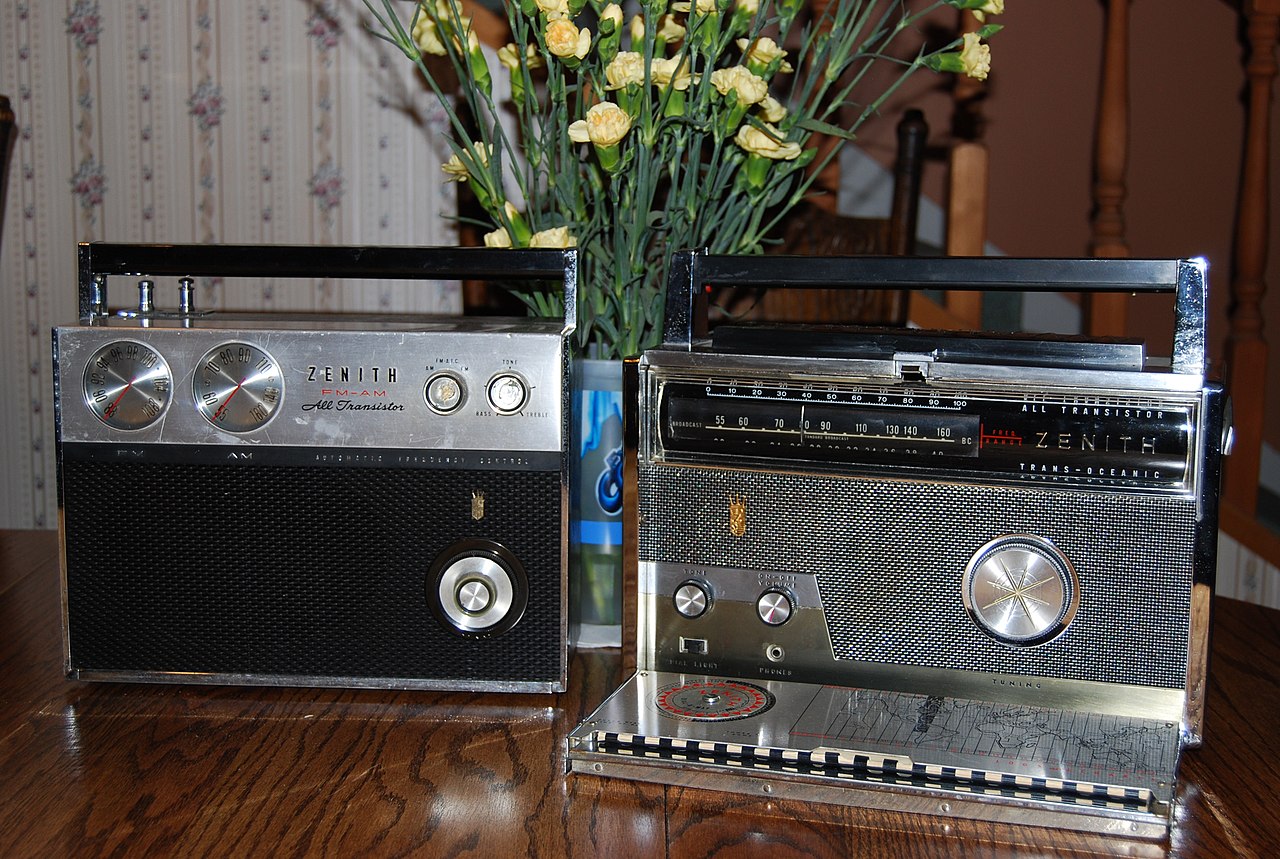 I'll use a Zenith Royal 400 transistor radio (date stamped 1961) for listening and DXing AM while in bed or if I can't sleep. Probably the most powerful AM portable I've got. Always has great sound quality for a small AM portable. The leather case makes it easy to throw in a backpack when I travel. TSA agents at the airport typically stop me to inspect this old-fashioned thing. 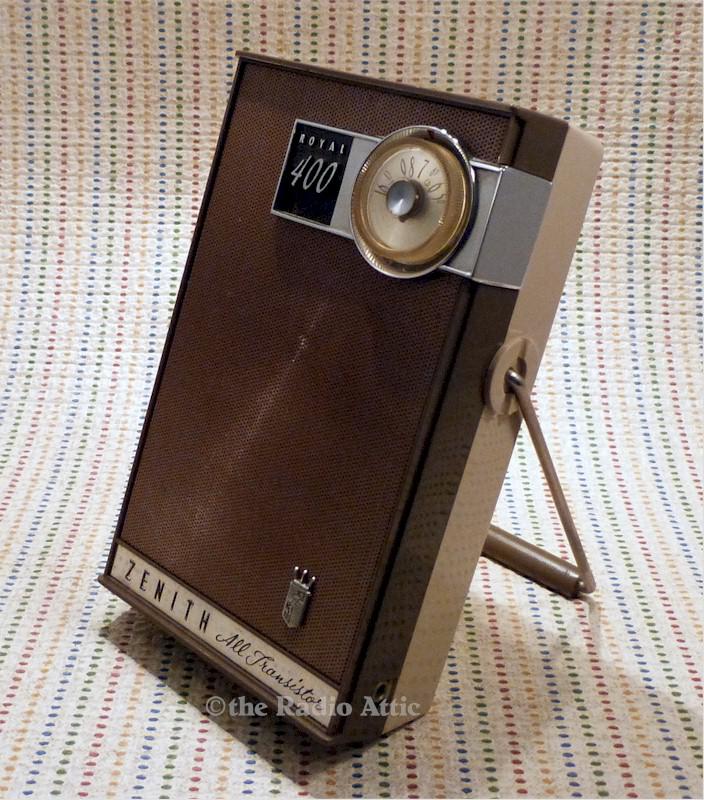 The first radio I bought with my own money was a RadioShack DX-375 when I was 15. I recently had to have it repaired professionally. It's a great DXer on all bands. I usually use this when I need the digital readout and I would otherwise have trouble identifying a station. I believe it is made by Sangean. 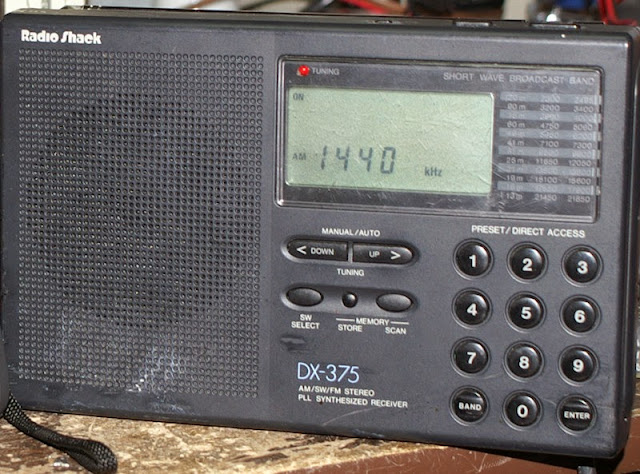 My Standard SR-L555F (I think from 1965) is very sensitive and does a great job nulling out stations with its internal ferrite antenna. I received Cuba from Michigan with this one. It's pretty heavy for its size though because of the 3 D batteries. I'll take this camping, it's pretty rugged. 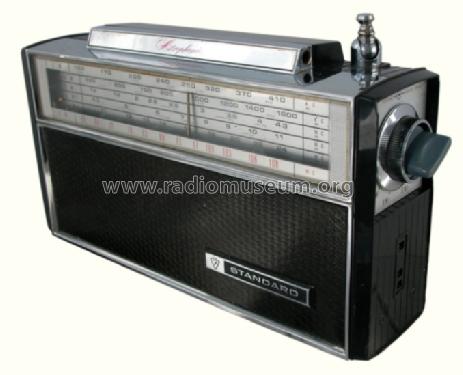 The Eton Mini is when I prefer to listen with high quality headphones or if I'm on the beach or somewhere I need an ultra-compact radio. The speaker doesn't sound great because it's so small and thin, but headphones sound great. The batteries don't last as long because the clock is always running and it has a backlight, but it has great DX performance, especially on AM. 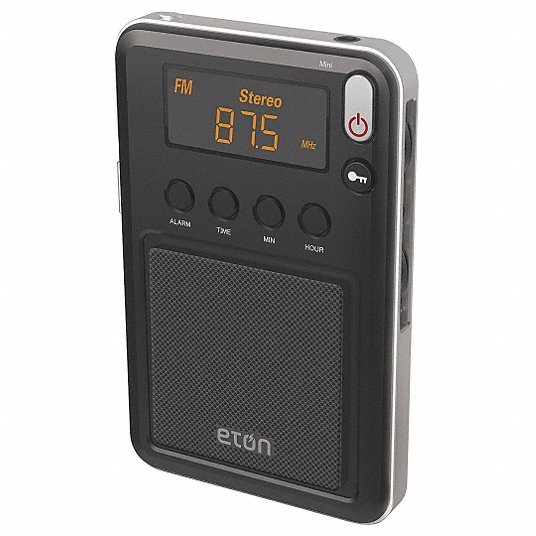 This GE P-780B from about 1960 is AM only, 6-D batteries, almost all Chrome, and a heavy beast. This thing sounds like a console radio, you wouldn't believe an AM-only radio this small sounds as big as it does. Mine is currently being restored as I try to rebuild some circuits and replace some components. 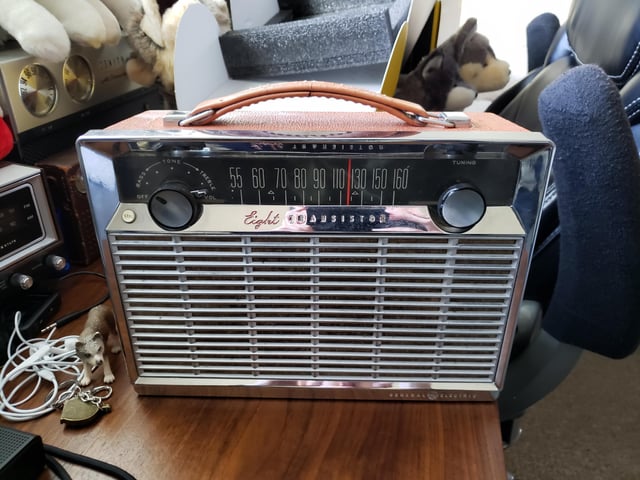 Sorry for the quality of some pics, I grabbed them from various sources online. I'm not sure how to resize them, but I've never really attempted to figure that out LOL.