Acceptable registrations in the queue through June 2 at 7:30a ET have now been activated. Enjoy! -M.W.

It’s more than speculation now. The owners of ABC12 have bought TV5.

Changes in the news product?

Kinda surprised they're keeping WNEM instead of WJRT, but yeah definitely some changes incoming at The Rusty Nickel.

From the article:
"Gray said it would sell off WJRT to comply with FCC rules that limit the number of stations that a company or individual can own in a given market."

Boy, I feel stupid as I didn’t go down that far in the article.

That leads to 2 questions then:

1 - Gray did some slight on air staffing changes after taking over ABC12. What’s on the horizon on this matter for TV5?

2 - Who is a potential buyer for ABC12? I’d love to see the network buy them back again

The reason ABC bought WJRT-TV 12 is that they were in danger of losing WXYZ-TV 7 as an affiliate.The idea was to serve the market from two sides, and they also acquired WTVG 13 Toledo. At the time, they could have moved the WJRT transmitter to the original area near Clarkston where they had wanted to put the transmitter in the first place. From that location, they could have put a large portion of the Detroit Metro within the City Grade and Grade A Service Area, and WTVG would have covered the Southern part. Clarkston is at one of the highest elevations AMSL in Southeast Michigan, and the Line Of Sight reaches areas significantly to both the North and South with a typical Zone I HAAT. The Detroit and Flint Saginaw Bay City markets are largely prevented from being received very strongly in the other market by the hilly ridge/natural terrain break that the Clarkston area sits atop. It's not the distance so much as the terrain. The biggest exceptions were analog WJBK TV 2 and WWJ/WDIV Channel 4, operating in the 54-72 MHz range where signals bend best over hills. Those channels are now largely abandoned due to digital limitations. In the analog days, WJBK 2, WWJ/WDIV 4, WNEM 5, and WJIM/WLNS 6 could often be viewed 100 or more miles away. NBC is now not available around Alpena off air because WEYI 25 (WNEM 5 used to be NBC) and WTOM 4 now actually broadcast on UHF channels.
Last edited by Ben Zonia on Mon May 03, 2021 3:17 pm, edited 1 time in total.

Would Scripps be interested in 12? Would seem like a good fit to add the Flint / Saginaw / Bay City market to the stations they own in Detroit, Lansing, and Grand Rapids.

I wouldn't sleep on the idea of Byron Allen making a play for WJRT, considering what happened with the Quincy Media castoffs. Would also provide sister station support from WFFT/WLFI/WTHI in Indiana.

Since Gray will soon be owning WNEM, may I recommend a more normal "5" for a logo, such as this one?

It’s a slap in the face from Gray to everyone who works at WJRT. I guess Veto wasn’t getting the financial returns and ratings they needed from 12. If I were 12’s GM and News Director, I’d polish up their resumes when the new company gets in.

"The reason ABC bought WJRT-TV 12 is that they were in danger of losing WXYZ-TV 7 as an affiliate."
I recall hearing a slightly different version of how and why ABC ended up buying WJRT in 1995. When SJL put up the "For Sale" sign on Lapeer Road, a group of investors which had connections to NBC, toured WJRT and actually showed interest in purchasing the station. If that transaction was to have taken place, it was almost a certainty that WJRT would then become an NBC affiliate with ABC, most likely, moving to WEYI. The ABC top brass in NY got wind of this potential deal and decided the best way to maintain their viewership strength in Michigan was to "avoid the middle man" and add WJRT and WTVG (Toledo) to their O&O ("Owned and Operated") portfolio. That was the case until 2010 when Disney/ABC sold WJRT/WTVG back to SJL.

WNEM employees should be the worried ones. They are way more expendable than WJRT's employees. Custer's conflicts of interest won't fly under the Gray management radar.

I can't figure out what the duopoly situation is that prevents 5 and 12 from being coowned. Or is it a percentage of total US audience?

On May 3, 2021, Gray Television announced it would acquire Meredith's Local Media stations for $2.7 billion. Gray is currently the owner of WJRT-TV and as both stations rank among the top four in terms of total viewers, it intends to keep WNEM and sell WJRT to a third party.

Even with the April 1st U.S. Supreme Court ruling about the 2017 FCC deregulation intents, those FCC guidelines were still mostly abiding by the longstanding approach to keeping the the ownership of the "Top 4" stations in each market separated. Although the 2017 proclamation must have softened that a bit, given that this article summarized the early April situation by stating, "...and to replace a flat ban on owning two top-4 television stations with a case-by-case review.":

My perception has been that in the 2000s, the FCC's typical goal for TV stations in a market were to keep the Top 4 as separate ownership, and have "8 separate voices" before direct duopolies would be allowed. Yet of course we know of LMA and SSA situations that have skirted around this, what with "sidecar" companies and such.

Thus, Gray apparently wants to avoid discussion with the FCC about whether the Tri-Cities/Flint market is a case where an outright duopoly could be approved.

Granted, I think I'm reading that those situations were not quite simultaneous with the purchase transactions--but who's to say if they're not going to try that here? Basically, they could make 5.2 the ABC affiliate, and a new owner gets WJRT without ABC as their flagship network? But maybe ABC has this blocked via provisions in whatever most recent affiliate contract Gray signed regarding WJRT--I don't know.


To me, seeing what Gray does in the Wisconsin and Rockford, Illinois markets where they're acquiring stations from Quincy Media will preview their plans for WJRT. Rockford in particular--Gray accepted big bucks in the FCC Repack auction to give up the longstanding Full Service/Full Power CBS affiliate broadcast frequency (call sign WIFR); put CBS on a Low Power Digital signal (renaming it WIFR-LD); and now are set to acquire the Full Service/Full Power NBC affiliate WREX when the Quincy deal closes. I'll confidently predict that CBS will end up being simulcast within the WREX signal (thereby restoring much or all of the market coverage that they sold off in the FCC Repack). Also then trimming newsroom and other staff during a consolidation, as WIFR and WREX currently have separate studios and teams.

The Wausau, Wisconsin market will also be an indication, as Quincy Media owns the ABC-affiliated WAOW, and Gray the CBS affiliate WSAW. Further, Gray has purchases pending on some Low Power TV construction permits in that market--so they could either be intending those for ATSC 3.0 Nexgen TV broadcasts, or to shuffle one of the "Big 4" affiliations onto prior to selling off either WAOW or WSAW to avoid the "Top 4" station ownership FCC rejection. It's all so very entertaining and "big business" "growth by acquisition" feeling when consolidation is what really seems to usually play out in the last decade within various TV markets.


All I'm reading in this week's announcement is that Gray intends on selling WJRT (instead of arranging WNEM being sold to someone other than Gray), with no mention of the ABC network affiliation.

ABC would be foolish to let affiliation go to WNEM. Regardless of FCC(50,90) predictions, WNEM is a good 35 miles away, and on UHF, to try to serve 2/3 of the population of Genesee County. Despite predictions of a H*** loss of population, the total County loss was half the projected loss, and the 2020 numbers outside of Flint show a slight gain over 2010 in Southern Genesee County outside Flint. Unless they were to figure out how to move WNEM to a tower as high as WEYI and near their tower, nondirectional, the signal is shadowed to the South. WBSF moved to the WEYI tower, but has a H*** null to the South, like an LPTV level ERP. If WNEM had to be directional like that, it wouldn't be an improvement. 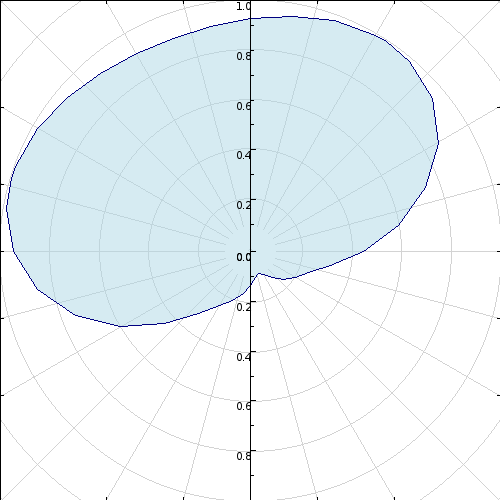 Return to “Flint, Tri-Cities, and The Thumb”