Registrations in the queue through May 14 at 7:00a ET have now been activated. Enjoy! -M.W.

Debate and discussion of current events and political issues across the U.S. and throughout the World. Be forewarned -- this forum is NOT for the intellectually weak or those of you with thin skins. Don't come crying to me if you become the subject of ridicule. **Board Administrator reserves the right to revoke posting privileges based on my sole discretion**
Post Reply Previous topicNext topic
9 posts • Page 1 of 1

He is speaking to Americans on live TV - about Coronavirus here in the United States.

He is using words like “I guess”, “we’ll see what happens”, “under control”, “I’m told”, “fully recovered”, “we don’t think we’ll need it”, “we may not need it”, “I don’t think we’ll ever need it”, “this is going to end”, “we have 15 people all getting better”, “we have one in bad shape”, “Pelosi is trying to create a panic”, “Congress thinks we should take more money. We’ll take it.”, “I found out 26 to 69 thousand people every year die of the flu!”, “ after I win the election the stock market’s going to boom”, “some of the people we cut we can get them back very quickly”, “we can build up very very quickly”, “when you catch this you might only have the sniffles”, “it’s gonna be fine”, “you had Ebola - that was it! This is much different.”, “ I don’t think it’s inevitable”, “Americans returning from Carnival in Brazil? We may do something. They have only one case in Brazil.”, “there’s a chance that it won’t spread”, “Because of what we’ve done we are very well prepared”.

Trump KNOWS the US will soon look like Italy. Or Japan. A very rapid rise in cases - and rising numbers of deaths. So - to avoid being responsible - Trump dumps HIS responsibility onto his Vice President. And soon - when it all goes to hell - with many Americans dying - and their loved ones angry at the government - it won’t be Trump’s fault. Same with the economy, stock market, anything going to hell due to the spreading virus. It will instead be the fault of Mike Pence!

Why? Because Pence is expendable. Because the plan has always been to replace Pence on the reelection ticket with an ethnic minority woman: Hello! Nikki Haley!!

Where did you find the coffee grounds?

A guy who doesn't believe in evolution is in charge of fighting an epidemic?

Support The Miracle League of Michigan -- because EVERY child deserves the chance to play baseball!
Visit www.michiganmiracle.org

“Pelosi is trying to create a panic”

I heard her telling people today that the country's officials are doing everything necessary to protect Americans. Doesn't sound like panic to me. Sounds more like reassurance, even if she doesn't believe it herself. 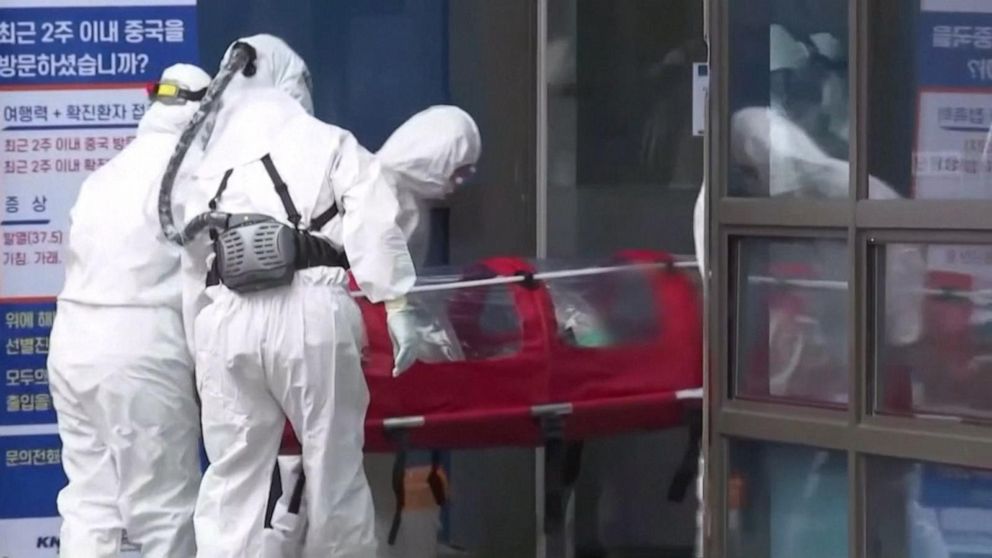 Always good to have a fucking idiot in the White House at a time like this. The vaccine will be here "very rapidly" he said. Then, 5 minutes later, he introduces a guy who actually knows science and says a year in a half is the absolute quickest.

How anyone can look at this fool with any confidence boggles my mind.

I hope the smart folks are able to do something before the Generalissimo turns on them and forcing them out...

I don’t think viruses really care how much Teflon he has and he knows it...

Did you see his dark orange face with all his disapproving facial expressions as Dr. Anthony Fauci stood in front of Trump and leveled with the reporters and viewers that a vaccine would take
at least a year and a half to be ready to give to the American public?

Trump was miffed because he had minutes earlier from the same podium mislead the American public that a vaccine would be available much earlier. Like a few months or something.