All accepted registrations through February 24 at 8:30p ET have been activated. Thank you! -M.W.

Debate and discussion of current events and political issues across the U.S. and throughout the World. Be forewarned -- this forum is NOT for the intellectually weak or those of you with thin skins. Don't come crying to me if you become the subject of ridicule. **Board Administrator reserves the right to revoke posting privileges based on my sole discretion**
Post Reply Previous topicNext topic
4 posts • Page 1 of 1

Watching it now. Pretty interesting. While it has yet to play out, Lewandowski strikes me as someone who isn't as smart as he believes he is and might just get tripped up.

I still don't understand how he is able to not answer questions based on a White House opinion that he can't answer, yet not claim executive privilege which he is not entitled to.

I could only watch about 15 minutes of that debacle because of a need to stimulate the economy.

Did anyone else have flashbacks to G. Gordon Liddy? Lewandowski sure reminded me of him in both looks and demeanor. 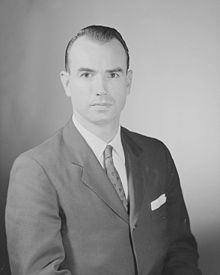 Cain killed Abel with a rock. God blamed Cain, NOT the rock.

Yeah. When congressmen asked him questions during the first half of the hearing he was all insults and bluster. Like a teenage punk putting on a TV show for Trump.

But in the later half he got grilled by a staff attorney who put the dude’s balls in a vice and squeezed until Lewandowski was forced to wipe the smirk off his face and squeal on himself.

He had to admit every reference to him in The Mueller Report was accurate. And that he had lied to a national TV audience about the very same matters.

Gotta love video tape that comes back to hit that moron right between the eyes. He looked and sounded like what he is. A lying bragging dumb guy cartoon.

Did anyone else have flashbacks to G. Gordon Liddy? Lewandowski sure reminded me of him in both looks and demeanor.

Ha... I hadn't considered that but it's not an altogether bad take.


But in the later half he got grilled a by staff attorney who put the dude’s balls in a vice and squeezed until Lewandowski was forced to wipe the smirk off his face and squeal on himself.

A couple of things about that. First, there's about three networks (CNN, MSNBC and the usually solid CBSN) that I hope are smarting for cutting away from the main event when Democratic committee counsel Barry Berke came up to bat and they damn well should have known that would be the case.

Generally speaking it was a pretty poor performance by the Dems, but not entirely unexpected in the sense that virtually everyone in the room was there to make points rather than shed light. The Dems, the Repubs and especially Lewandowski who was performing for an audience of one. That's why a skilled prosecutor is often needed to cut through the jive. Republicans did that during the Kavenaugh hearing with the woman flown in from from Phoenix and for better or worse it was effective. Today Berke knocked the smug out of Lewandowski within thirty seconds. Sometimes you just need to leave it to the pros.

I don't know that any minds were changed but it was useful keeping the heat on TrumpCo. and reminding swing voters that there's a pervasive attitude in his administration that they believe they need not answer to anyone. Cows do come home eventually one hopes.