Acceptable registrations in the queue through January 10 at 7:30a ET have now been activated. Enjoy! -M.W.

Debate and discussion of current events and political issues across the U.S. and throughout the World. Be forewarned -- this forum is NOT for the intellectually weak or those of you with thin skins. Don't come crying to me if you become the subject of ridicule. **Board Administrator reserves the right to revoke posting privileges based on my sole discretion**
Post Reply Previous topicNext topic
27 posts

Come on now. You know the cone could have extended to Alabama like Trump said. This Dorian Map Cone shows the cone extending to Greenland. I did hear a number of forecasters saying it could hit Florida and jump over to the Gulf of Mexico.

The whole hurricane thing has been lied about and exaggerated and it's been going on for decades, including Katrina and the lies about thousands of bodies in the ocean eaten by sharks with no femoral evidence. There's more evidence that New York City's Murder Victims are being hidden somewhere.

The next map could have Dorian extending to the North Pole.

With hurricanes now being politicized at every turn, it's become like the excuse for Clinton Sex Lies, that everyone lies about them.
Last edited by Ben Zonia on Fri Sep 06, 2019 9:04 pm, edited 1 time in total.

Re: Everyone Lies About Sex And Hurricanes

The president is mentally ill.

Perhaps he will have to run through a public fountain naked or howl at the moon on the white house lawn for you to finally face this fact?

Nah. People would excuse it as Trump Being Trump.

That’s how stubbornly stupid they are. To the peril of our country.

Turns out Trump was right!

Ben, I love your posts. You are like our personal Globe. 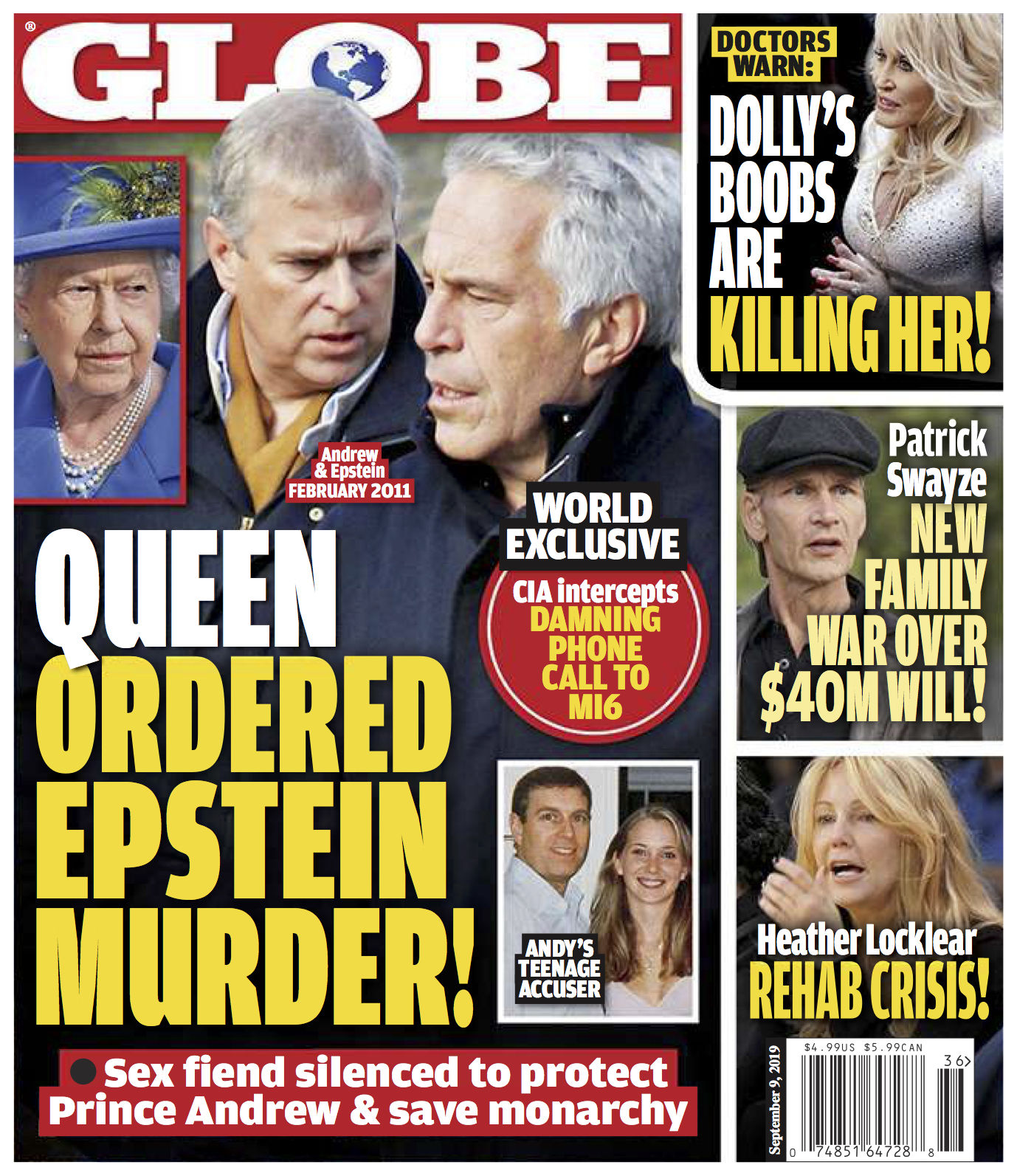 I vote TC Talks as the most likely poster here to have visited Epstein Island. There is no more elitist poster on mibuzzboard.com. Leave it to him to defend the Royal Family from accusations. Not that TC did visit, just most likely, given his attitude.

Most pressing matter: we have a mentally ill president of The United States.

It must be hard living with everyone around you knowing that you support Trump, but hang in there, it will change soon. I genuinely don't understand why Trump won't let this Alabama thing go. His pinned tweet is now on this story.

Trump deserves every bit of ridicule he's receiving for using a sharpied map.

I follow tropical systems in the western Atlantic basin fairly closely. There was NEVER an official NOAA forecast where Alabama was within the five-day projected track cone. Very early on - many days before the infamous Trump tweet - an extrapolation of the five-day projected cone reasonably would show central or southern Alabama potentially being hit on day six or seven, but a direct hit via Gulf of Mexico was never more than a small possibility. Meanwhile, a track into central Alabama would've come by way of Florida or SW Georgia, and in all likelihood, the system would've been no stronger than a tropical storm at that point anyway due to having already been on land for many hours.

Bear in mind all credible forecast models completely basically ruled out the above scenarios several days prior to Trump's original tweet.

From the Stamford Advocate article:

Ten days ago, computer model predictions did present a scenario in which Dorian would strike Florida, enter the Gulf of Mexico and potentially affect Alabama. However, by Aug. 29, when the president was briefed by acting NOAA administrator Neil Jacobs, that scenario had become highly unlikely. By Sunday morning, when Trump tweeted about the Alabama threat, no credible computer model showed any risk to the state.

The only one who is brainwashed is YOU.

I tracked the storm closely. Many days in advance of any impact to the U.S., when the margin of forecast error is very high, Alabama was certainly at risk.

Now, you tell me - does that situation comport with, "Alabama will most likely be hit (much) harder than anticipated." ?

The fact of the matter is President Trump dispensed very inaccurate information based on an extremely outdated forecast for no good reason.

I was supposed to fly into Myrtle Beach for work on Tuesday so I'd been watching this hurricane info much more than I typically do... by Thursday of last week any chance of this thing crossing over into the Gulf was out. Now, you can say he was referencing days-old information (which is bad enough right there) to exonerate him, but he spoke TWICE Sunday morning about "late-breaking developments" and "it now looks like" Alabama being threatened by this hurricane. Easily proven by going back and watching the footage of those press conferences.

Is that dumb sonuvabitch still here? I blocked him, just like I blocked all his other identities. If his hot Asian wife becomes a member, I'll block her.
Last edited by Deleted User 24 on Sat Sep 07, 2019 1:55 pm, edited 1 time in total.

MWmetalhead wrote: ↑
Sat Sep 07, 2019 1:24 pm
The fact of the matter is President Trump dispensed very inaccurate information based on an extremely outdated forecast for no good reason.

That's why this matters. First responders, hospital administrators, school officials, nursing home staff and a lot of other people in positions of responsibility for others don't need the fucking distraction of whether or not the information they are working off of is real or the rantings of an elderly man losing his shit for no good reason.

Anyone defending what Trump did should be ashamed of themselves.