A place to talk about any topic on your mind (non-broadcasting related). General conversation.
Post Reply Previous topicNext topic
119 posts

I've been seeing advertisements on TV for Blain's Farm & Fleet in Traverse City. I'd really like to have some Rural Kings up here in the north country. The Kmart building in Grayling would be a good spot. I have heard Family Farm and Home tossed around for Grayling but who knows...

The ex KMart in Madison Heights is now a BJs. Westland’s turned into a U-Haul. I think the original in Garden City is still vacant.

The 10 Mile & Dequindre building will probably be left to rot, much like Northland Center in Southfield and Summit Place Mall in Waterford. It is in a terrible location. The store is surrounded by industrial property uses plus the vacant Hazel Park raceway. To the north are some of the sleaziest, filthiest hotels in Metro Detroit.

Unless the indoor flea market down the street wants the building or Kroger wants to build a larger store to replace the 12 Mile & Dequindre store (highly unlikely), I don't know who the hell would want the site.

The Waterford site on busy Dixie Highway in the heart of Waterford's retail corridor and also a stone's throw from Clarkston should be more desirable.

I do think Rural King will build more stores in Michigan with time.

Blain's Farm & Fleet is another.

I could see either Meijer, Target, or even Walmart go on the Waterford site. I am very surprised that neither of the three have a location anywhere near Clarkston.

Speaking of Blain's, I think one of the former Kmarts in Jackson became a Blain's.

Grayling needs something to replace Kmart but the leaders of the city seem anti big-box store. If you don't have something people will just go out of town to spend their dollars. They are only hurting the community.

Kenneth City FL. I believe it's their last store in the state. Every year when we go back I expect it to be gone. But it keeps hanging on. Looks like they haven't done any updating since 1960. 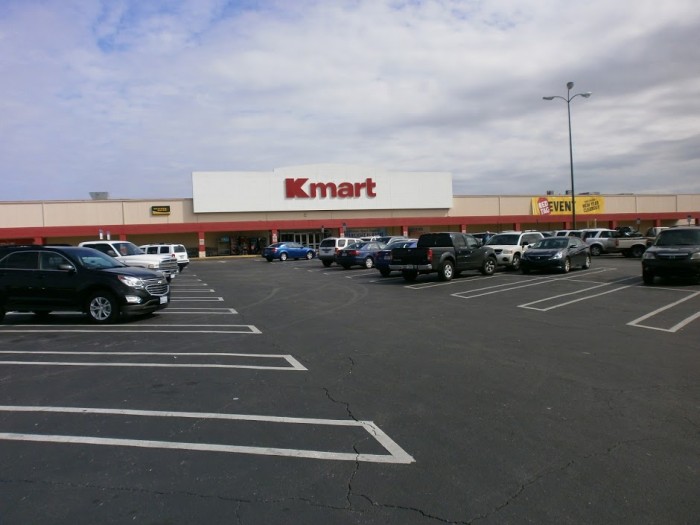 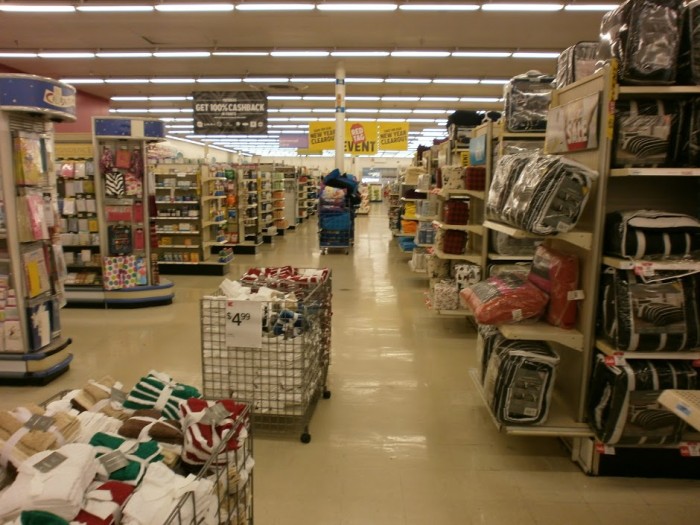 That interior looks a LOT like the Warren, MI store that is closing.

You are right; walking into most Kmart stores is like taking a trip back in time to 1976. This is mainly because dipshit (Eddie Lampert) made a decision in the mid 2000's to spend virtually ZERO on capital investment to modernize the stores.

And of course, in the 90s, Joseph E. Antonini's tenure as CEO was a disaster. He used free cash (and debt proceeds) to launch or buy a bunch of side businesses instead of reinvesting in Kmart.

Kmart's logistics & inventory management were miserable, their brands were weak, stores were cold & uninviting, and marketing & brand positioning were muddled.

In fairness, they weren't the only discount retailer during the period to f*ck up. Hill's and Ames come to mind. Those other chains were merely secondary regional players at their peak, though. Kmart's fall from grace was much more severe.

The jack-of-all-trades (but master of none, other than appliances) strategy Sears used well into the 90s and even early 00s was very outmoded. People don't want to get their eyeglass prescription or have their tax returns prepared at the same place they purchase a washing machine. I think Sears should've sold off many of its side businesses decades ago.

Store space at Sears should've also been repurposed. I would've dumped apparel. I would've beefed up electronics, toys and home decor. Add "fun" things to the store, like starbucks, cafes, etc. Seeing an H&R Block kiosk by the escalator is not what I have in mind when I mean "fun." LOL

Looks like I was wrong about Kenneth City being the last store in Florida. But maybe soon.


Kmart to close in Hollywood, Lantana; Sears in Miami, Hialeah

Sears has announced 96 more closings of Sears and Kmart across the country, including four in South Florida.

Kmart stores will close at 3800 Oakwood Blvd. in Hollywood and 1201 S. Dixie Highway in Lantana, according to Transformco, the company created to purchase Sears Hometown and outlet stores in February 2019.

The closures are part of 51 Sears closures and 45 Kmart closures around the country. The stores will close in February with liquidation sales beginning in Dec. 2, the company said.


Illinois-based Sears Holdings, parent company of Kmart, filed for bankruptcy reorganization in 2018 and has been closing selected stores ever since.

Most recently, the Kmart store at 1401 W. Palmetto Park Road in Boca Raton closed in October.

Sears Holdings is evaluating all its stores to invest in its “best stores,” a company spokesman said.

Transformco said 182 Sears and Kmart stores remain open, though it “will continue to evaluate our Kmart and Sears footprint.”

Eddie Lampert, chairman of Transform and a billionaire hedge fund manager, is banking on Sears’ Kenmore and Diehard brands and home services to reinvent the retail company. Hollywood is 614 miles from Niceville

Blaine's is just another Lowes...

MW, they are tearing down Summit Place right now.

© 2020 TC Talks Global Inc. Assembled in U.S.A. By reading this content you accept our terms of use and waive all rights.

That is terrific news, TC Talks.

Summit Place has been a despotic eyesore for years.

Summit Place has been a despotic eyesore for years.

It literally killed Pontiac. The combination of "the Mall" and Wide Track Blvd., killed the city. The original mall; The Pontiac Mall, was a microcosm of Pontiac, with all of the major shops and retailers present. There was no longer a good reason to drive the city.

A person could buy a baby grand piano, and a shot gun all in the same trip.


A Florida man who reportedly bought an $8 million island a week ago was arrested over the weekend after he allegedly conned Kmart for $300 in household items, police say.

Andrew Lippi, 59, was arrested Saturday on a felony grand theft charge after he allegedly purchased items like coffeemakers and lightbulbs and later returned them to the Kmart with different items in their original packaging.

Lippi, who owns a house used during a season of MTV's "Real World," bought Thompson Island off Key West last week for $8 million, the Miami Herald and Local 10 News reported.

The island was the longtime home of developer and philanthropist Edward B. Knight, the outlets reported.

According to a report from the Key West Police Department, Lippi purchased and received a refund on $300.59 worth of items over the course of several days and trips to the Kmart in Key West, just miles from the "Real World" house he purchased.

A loss prevention officer told police Lippi purchased then immediately returned several items between March 30 and April 4, replacing the original item in the box with something else, said the police report. During one incident, the officer claimed Lippi purchased a Keurig coffee machine on March 30. The next day, according to the report, Lippi returned the machine, but replaced it with a basketball.

When asked about the Keurig, Lippi told police the clerk should have known there was no coffee machine inside by the weight of the box, said the report.

In a separate incident, the loss prevention officer said Lippi returned recently-purchased lightbulbs, replacing them with a different brand of bulbs, said the police report. He also purchased a bed skirt, then returned it for a refund with a pillow case inside the packaging, said the report.

In an interview with the Miami Herald, Lippi denied the charges. According to the Herald, when pressed about the theft, Lippi said it was "very complicated and I’d rather not get into it."


Thompson Island is 785 miles from Niceville.

That Lippi guy looks like a total creeper! He's clearly an eccentric nutbag. Would love to know how he made his fortune.
Why do I have a feeling it involves some sort of disgusting activity?

He made it off returns to Kmart, LOL.